Irish-influenced romantic mystery -- Because You're Mine 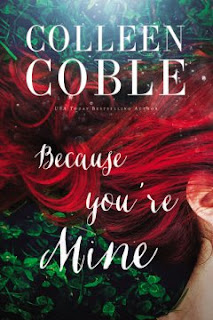 Colleen Coble's Because You're Mine is a romantic mystery where the main characters make up an Irish band currently touring in the southern United States.  Colleen brings a generous sampling of Irish brogue into the story, helping to set the stage for the reader.

The characters are interesting and quite diverse, but I did have some difficulty really connecting with them.  Some of their interactions were somewhat stilted and did little to encourage my engagement.

The backstory of Alanna's and Liam's relationship provided a great romantic element to the story.  The mystery was obviously present throughout but did not drive the plot as well as I had hoped.

All in all, this was a good story, but not my favorite of Colleen Coble's work.  I would recommend that her fans give Because You're Mine a read to see if it strikes a favorable chord.

Thanks to BookLook Bloggers for providing a copy of this book.  I was happy to share my own thoughts about the story.


Alanna has been plagued by tragedy. So it should come as no surprise that in the beauty that surrounds Charleston, all is not as it seems.

When her husband is killed by a car bomb while their band is on tour in Charleston, Alanna doesn’t know where to turn. Her father-in-law is threatening to take custody of the baby she carries, but the one thing she knows for sure is that she can’t lose the last piece of Liam she has left.

Their manager offers her a marriage of convenience to gain her U.S. citizenship and allow her to escape her father-in-law’s control. It seems like the perfect solution . . . but her doubts begin almost as soon as she arrives at Barry’s family home, a decaying mansion surrounded by swamp.

To make matters worse, Liam’s best friend survived the car bomb. She’s never really liked Jesse and now she can’t seem to get away from him. When he takes Liam’s place in their band, it’s almost more than she can bear.

But then things start happening. Things that could easily cost Alanna her life—or the life of her unborn child. Are they merely coincidences? Or is there something much more sinister at work? 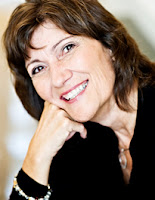 Best-selling author Colleen Coble’s novels have won or finaled in awards ranging from the Best Books of Indiana, the ACFW Carol Award, the Romance Writers of America RITA, the Holt Medallion, the Daphne du Maurier, National Readers’ Choice, and the Booksellers Best. She has nearly 4 million books in print and writes romantic mysteries because she loves to see justice prevail. Colleen is CEO of American Christian Fiction Writers. She lives with her husband Dave in Indiana. Visit her website at www.colleencoble.com.

Posted by Southern Gal at 1:48 PM No comments:

Delightful story with some interesting history -- For the Record 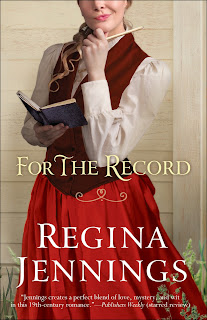 When you pick up a Regina Jennings novel, you can expect a delightful historical story with a good taste of romance and fair amount of fun.  That is exactly what I found in her latest, For the Record.

Betsy Huckabee is a fantastic main character -- full of hopes and dreams to make a name for herself while stuck in her tiny town, working for her uncle's small

newspaper.  When the charming Deputy Joel Puckett arrives, she sees a chance to put her creativity to work but is not prepared for all the repercussions of her fantastic ideas.

Betsy and Joel are characters full of life, and their adventures bring excitement to the Missouri Ozarks just after the Civil War.  A great cast of other characters fill out the story with the thrills, historical setting, and humor needed for an awesome story.

For those who are interested in history, there is an interesting element woven throughout the story.   If you think the Bald Knobbers are just a music and comedy act in Branson, Missouri, you may find the actual background of that name intriguing.

Thanks to Bethany House Publishers for providing a copy of For the Record.  It was my pleasure to share my thoughts about the story.

Rather Than Wait for a Hero, She Decided to Create One
Betsy Huckabee has big-city dreams, but nobody outside of tiny Pine Gap, Missouri, seems interested in the articles she writes for her uncle's newspaper. Her hopes for independence may be crushed, until the best idea she's ever had comes riding into town.

Deputy Joel Puckett didn't want to leave Texas, but unfair circumstances have made moving to Pine Gap his only shot at keeping a badge. Worse, this small town has big problems, and masked marauders have become too comfortable taking justice into their own hands. He needs to make clear that he's the law in this town--and that job is made more difficult with a nosy reporter who seems to follow him everywhere he goes.

The hero Betsy creates to be the star in a serial for the ladies' pages is based on the dashing deputy, but he's definitely fictional. And since the pieces run only in newspapers far away, no one will ever know. But the more time she spends with Deputy Puckett, the more she appreciates the real hero--and the more she realizes what her ambition could cost him.

Regina Jennings is a graduate of Oklahoma Baptist University with a degree in English and a history minor. She is the author of A Most Inconvenient Marriage, Sixty Acres and a Bride, and Caught in the Middle, and contributed a novella to A Match Made in Texas. Regina has worked at the Mustang News and First Baptist Church of Mustang, along with time at the Oklahoma National Stockyards and various livestock shows. She now lives outside Oklahoma City, Oklahoma, with her husband and four children and can be found online at www.reginajennings.com.

Posted by Southern Gal at 12:17 PM No comments: