Great finish to a series -- When Tides Turn 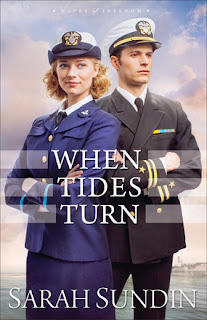 Reading Sarah Sundin's When Tides Turn was a bittersweet experience -- it was great to see loose ends tied up from previous stories, but I'm sorry to lose touch with "good friends."

As always, Sarah Sundin has combined her in-depth and detailed research with her fantastic storytelling to craft a story that picks you up and transports you right into a different time and place.  After having read the entire Waves of Freedom series, I feel like I have visited Boston of the 1940s and would expect to have run into Tess, Dan, and their family and friends during my visit.  The details of the workings of the Navy mixed with characters so real and alive bring a new level of understanding of life during WWII.  It was a thrill to journey with Tess and Dan as they each worked to "stay the course" in the midst of an array of joys and sorrows.

When Tides Turn has a great mix of history, war, and romance.  Fans of any of those genres should thoroughly enjoy the story.  While this book would be great as a stand alone, I would highly recommend reading the entire series in order.

Thanks to Revell Books for providing me with a copy of this book.  I am delighted to share my own thoughts in this review.

In a time of war, sometimes battles take place in the heart.
Tess Beaumont is tired of being thought of as just a pretty face. Eager to do her part for the war effort, she joins the Navy's newly established WAVES program for women. Perhaps there she can convince people that there is more to her than meets the eye.

Lt. Dan Avery has been using his skills in the fight against German U-boats and hoping to make admiral. The last thing he wants to see on his radar is a girl like Tess. Convinced that romance will interfere with his goals, Dan is determined to stay the course, no matter how intriguing a distraction Tess is.

But love, like war, is unpredictable. When Dan is shipped out at the peak of the Battle of the Atlantic, he finds himself torn between his lifelong career goals and his desire to help the beguiling Tess root out a possible spy on shore. Could this fun-loving glamour girl really be the one?

Sarah Sundin is the author of Through Waters Deep and Anchor in the Storm, as well as Wings of the Nightingale and the Wings of Glory series. A graduate of UC San Francisco School of Pharmacy, she works on-call as a hospital pharmacist. During WWII, her grandfather served as a pharmacist's mate (medic) in the Navy and her great-uncle flew with the US Eighth Air Force. Sarah lives in California. Visit www.sarahsundin.com for more information.

A story of Amazing Grace -- Grace and the Preacher 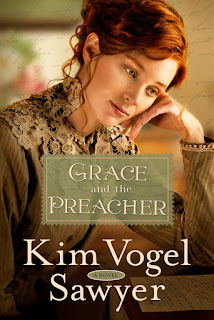 I know I sound like a broken record, but I just can't help it!  Whenever I see the name Kim Vogel Sawyer on a book, I know it's going to be great.  And I was certainly not disappointed with Grace and the Preacher.

As always, Kim has given us characters that literally leap off the page with life.  I felt the heart and soul of Grace, Theo, Uncle Philemon, and others as I walked through their stories with them.  Innocent mistakes and deliberate deceit led to adventures filled with joys and pains that kept me totally engaged and eager to see how all the jumble could be unraveled and put back together.  Kim crafted a beautiful tale of  love and grace that was a delight to read and provided splendid nuggets for thought like the following:

Fans of great inspirational fiction should thoroughly enjoy this captivating historical story.  Thanks to the author and her publisher for sharing a copy of Grace and the Preacher.  I am delighted to share my thoughts in this review.

At the age of twenty-three, postmistress Grace Cristler has all but given up hope of finding a husband among the narrowing group of eligible men in her town of Fairland, Kansas. But when her uncle decides to retire from the pulpit, Grace is responsible for corresponding with the new preacher set to take his place. She can’t deny the affection growing in her heart for Reverend Rufus Dille—a man she deeply admires but has only met through his letters.

Theophil Garrison is on the run from his past. Ten years ago his outlaw cousins convinced him to take part in a train robbery, but Theo fled the scene, leaving his cousins to face imprisonment. Now they’ve finished their sentences, but the plan for vengeance has just begun. Branded a coward and running for his life, Theo has aa chance encounter that could provide him with the escape he needs.

But the young man’s desperate con might come at an enormous price for the tenderhearted Grace—and the entire town. Will Grace’s undeserved affection and God’s mercy make something beautiful from the ashes of Theo’s past?

With over 40 titles on library shelves and more than 1.5 million copies of her books in print worldwide,
Posted by Southern Gal at 10:39 AM No comments:

New Amish series with a touch of suspense -- Her Secret 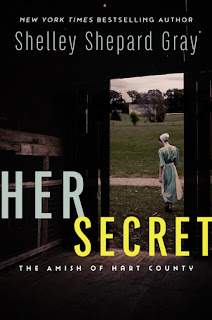 Her Secret is Shelley Shepard Gray's first book in a new series, an Amish story with a touch of suspense.

If you read a lot of Amish fiction, you may find the setting of this series to be a bit unfamiliar.  The story is mostly set in Hart County, Kentucky, away from the typical Amish settings in places like Lancaster County and Holmes County.  As Shelley has the Hilty family settle into their new home, she brings in details about this unfamiliar area.

The plot of the story has some intriguing twists that keep the story moving pretty well, although it does get a little bogged down at times. Most of the characters are interesting and develop well throughout the story.  The suspense, love story, and faith mix well with the other elements to make for an enjoyable read for fans of Amish fiction.

Thanks to Litfuse Publicity Group for providing a copy of Her Secret.  I was glad to share my thoughts in this review.

See what other readers think about the book here.

A suspenseful tale of a young Amish woman who is forced to move to a new town to escape a threatening stalker.

After a stalker went too far, Hannah Hilty and her family had no choice but to leave the bustling Amish community where she grew up. Now she's getting a fresh start in Hart County, Kentucky...if only she wasn't too scared to take it. Hannah has become afraid to trust anyone-even Isaac, the friendly Amish man who lives next door. She wonders if she'll ever return to the trusting, easy-going woman she once was.

For Isaac Troyer, the beautiful girl he teasingly called "The Recluse" confuses him like no other. When he learns of her past, he knows he's misjudged her. However, he also understands the importance of being grateful for God's gifts, and wonders if they will ever have anything in common. But as Hannah and Isaac slowly grow closer, they realize that there's always more to someone than meets the eye.

Just as Hannah is finally settling into her new life, and perhaps finding a new love, more secrets are revealed and tragedy strikes. Now Hannah must decide if she should run again or dare to fight for the future she has found in Hart County. 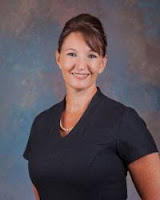 Shelley Shepard Gray is a New York Times and USA Today bestselling author, a finalist for the American Christian Fiction Writers prestigious Carol Award, and a two-time HOLT Medallion winner. She lives in southern Ohio, where she writes full-time, bakes too much, and can often be found walking her dachshunds on her town's bike trail.
Posted by Southern Gal at 12:30 AM 1 comment:

Illusion and intrigue -- The Illusionist's Apprentice 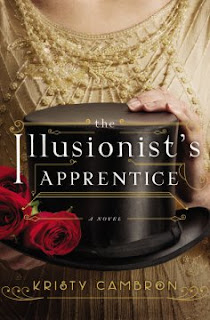 Kristy Cambron's The Illusionist's Apprentice is a story filled with illusion and intrigue.

The main story takes place in 1926/27, but flashbacks to various other periods of time are essential elements to putting all the pieces together.  The mix of history and fictions makes for an intriguing story with a feel of authenticity.  The characters are complex, particularly the main character, Wren Lockhart.  Illusion is her vocation, but it is also a large part of who she is personally.
The plot of the story is filled with twists and turns.  Some of the mystery is fairly easy to put together, but other pieces kind of hit you over the head from out of nowhere.

Fans of great historical fiction who are interested in a unique setting should really appreciate The Illusionist's Apprentice.

Thanks to BookLook Bloggers for providing a copy of this book.  I was delighted to share my thoughts in the review.

Harry Houdini’s one-time apprentice holds fantastic secrets about the greatest illusionist in the world. But someone wants to claim them . . . or silence her before she can reveal them on her own.

Boston, 1926. Jenny “Wren” Lockhart is a bold eccentric—even for a female vaudevillian. As notorious for her inherited wealth and gentleman’s dress as she is for her unsavory upbringing in the back halls of a vaudeville theater, Wren lives in a world that challenges all manner of conventions.

In the months following Houdini’s death, Wren is drawn into a web of mystery surrounding a spiritualist by the name of Horace Stapleton, a man defamed by Houdini’s ardent debunking of fraudulent mystics in the years leading up to his death. But in a public illusion that goes terribly wrong, one man is dead and another stands charged with his murder. Though he’s known as one of her teacher’s greatest critics, Wren must decide to become the one thing she never wanted to be: Stapleton’s defender.

Forced to team up with the newly formed FBI, Wren races against time and an unknown enemy, all to prove the innocence of a hated man. In a world of illusion, of the vaudeville halls that showcase the flamboyant and the strange, Wren’s carefully constructed world threatens to collapse around her. Layered with mystery, illusion, and the artistry of the Jazz Age’s bygone vaudeville era, The Illusionist’s Apprentice is a journey through love and loss and the underpinnings of faith on each life’s stage.

Kristy Cambron fancies life as a vintage-inspired storyteller. Her debut novel, The Butterfly and the Violin, was named to Library Journal’s Best Books of 2014 and nominated for RT Book Reviews’ Choice Awards Best Inspirational Novel of 2014 and for the 2015 INSPY Awards for Best Debut Novel. Her second novel, A Sparrow in Terezin, was named Library Journal’s Pick of the Month (Christian Fiction) for February 2015 and a Top Pick for RT Book Reviews. Kristy holds a degree in Art History from Indiana University. She lives in Indiana with her husband and three young sons. Website: www.kristycambron.com Twitter: @KCambronAuthor Facebook: Kristy-Cambron-Author.

Posted by Southern Gal at 11:05 PM No comments: