A fun little story -- A Matchmaker in Middlebury 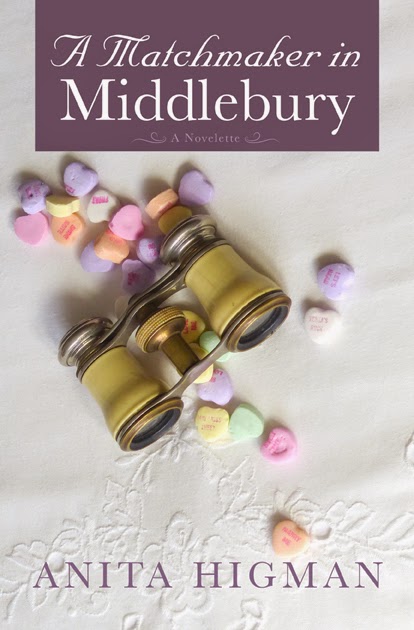 A Matchmaker in Middlebury, by Anita Higman, is a fun little story of matchmaking gone . . . well, not wrong, but different from how it was intended.  You could easily read the entire ebook novelette in an hour or so for an enjoyable break from whatever your day happens to be bringing you.

This story can easily stand on its own, but the characters and events will be much more meaningful if you also read the full-length novel that is the prequel:  A Marriage in Middlebury.  You can check out my review of that book here.

Instead of telling you more about the story myself, I'll just invite you to keep reading and enjoy seeing what Anita has to say for her story and for herself.  And be sure to read all the way to the end of the post to find a chance to win your very own copy of this novelette or its prequel book.

Thanks to Anita for sharing her gift of writing with us readers and for providing a little extra insight into this story.

This novelette can be read as a standalone story, but it is also a sequel to the book, A Marriage in Middlebury. This new mini-tale is mostly comedy and could be considered dessert and coffee rather than a heavy meal. Matchmaker is priced at 99 cents. I hope you find it to be a tasty treat!

Meredith Steinberg takes the stage again in A Matchmaker in Middlebury and is given another chance to dance with destiny and meddle in the romantic affairs of two lovelorn singles. But Meredith’s skills as a yenta are stretched to the limit as she discovers that her golden egg-of-a-plan has a perilous crack. In the end, however, heartstrings are indeed knotted together as two singles find tender love—they’re just not the two people Meredith paired for marital bliss…
2. Since A Matchmaker in Middlebury is a romantic comedy, do you consider yourself a funny person?

Sometimes I am. It depends on my mood. I don’t like hearing jokes or telling them, but I do like situation comedy, where people do and say off-beat things. I am a big fan of P.G. Wodehouse, and I’ve listened to hours of his work on CDs. He is an absolutely brilliant storyteller, and he’s hilarious. Anyway, his work sort of jangled my funny bone enough that I wanted to give comedy a try. I usually have some humor in my books, but this was a leap for me. I sincerely hope readers get some chuckles out of the story.

3. The heroine, Meredith, is a real hoot. Was that character inspired from someone you know?

It was a little bit. I have a lovely friend named Martha Marks, who’s done some stand-up comedy, and she inspired me to write this quirky and loveable character. In fact, I dedicated this novelette to her.

4. Do you think laughter is important in today’s culture?

Very much so. We seem to wake up angry and move way too fast. I think there is plenty of medical evidence now that shows we humans need to laugh more. It’s good for our health. And that’s what I hope to give readers—the gift of laughter.

5. What new projects do you have on the horizon?

I will have a new novel coming out later in 2014 entitled, A Question of Destiny. Here’s a sneak peek at the blurb for this book.

Ian Chalmers, a multi-millionaire, is so captivated by Lucy O’Brien when he hears about her heroism that he decides to change Lucy’s life by giving her part of his fortune and by introducing her to his faithful and unmarried assistant, Andrew Whitfield. After Lucy accepts Ian’s ten million dollars, she struggles with the pressures and temptations that arise from living in the city with her newly acquired windfall. She wants to simplify her life by moving to the Texas Hill Country. But Lucy and Andrew have grown to care for each other, and with her move so far away, and his passion for living in the big city, they finds themselves at a crossroads. Through their menagerie of choices and follies, will Lucy and Andrew find their destinies in life and in love? 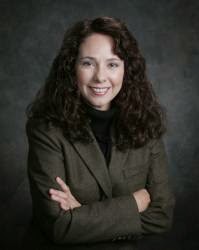 6. Where can readers interact with you?

I have a Contact Me button my website at http://www.anitahigman.com or you can catch up with me on my Facebook Reader Page.  I’d love to hear from you!

7. Where can we find this novelette, A Matchmaker in Middlebury?

Here is your chance for multiple entries for the giveaway of Anita's books.