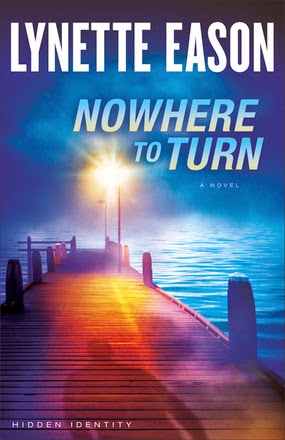 Lynette Eason has given us another great romantic suspense story in Nowhere to Turn, the second book in her Hidden Identity series.

The plot twists in this story go in several directions -- the bad guys have other bad guys working against them.  While I was able to predict some of the particulars as the story developed, the ride to get to those spots was great reading.  Lynette is very descriptive in her writing and helps you feel the tension and fear her characters experience.  And then there are the twists you just don't see coming!

The romance was very nicely portrayed, even if it was not always at the forefront of the story.  There was good development of the main characters that helped show why they acted and interacted as they did.  The faith that Dani and Adam both exhibit flows seamlessly into the story.  Dani's son Simon was one of my favorite characters, and his disability was a definite element of added interest in the story.

This book definitely stands on its own, but I would also recommend you read the first in the series -- No One to Trust.  For more great suspense, I would suggest Lynette's Deadly Reunions series, my favorites of her books so far.  And I'm anxious to read the next Hidden Identity story next summer.  You just can't go wrong with Lynette Eason's stories.

Thanks to Revell for providing a copy of this book in exchange for my honest review.

She thought her days of hiding were over . . . but the danger has just begun
The day Danielle Harding takes her eleven-year-old son and flees from her abusive husband is the same day Kurt Harding dies. A relieved Dani believes she and her son are finally safe--but in reality, things are just heating up. When Kurt was alive, he took something important from a mysterious individual--who wants the item back and believes Dani now has it. As she and her son run for their lives, they have nowhere to turn, until she hires Adam Buchanan of Operation Refuge and goes into hiding. Unfortunately, she won't be able to hide for long . . .

From the first breathless scene, this tension-laced story will hold you in its iron grip as bestselling author Lynette Eason propels you along in a race to discover the truth. 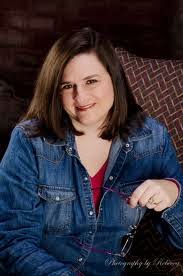 Lynette Eason is the bestselling author of the Women of Justice series and the Deadly Reunions series, as well as No One to Trust. She is a member of American Christian Fiction Writers and Romance Writers of America. She has a master's degree in education from Converse College and she lives in South Carolina. Learn more at www.lynetteeason.com.
Posted by Southern Gal at 5:15 PM