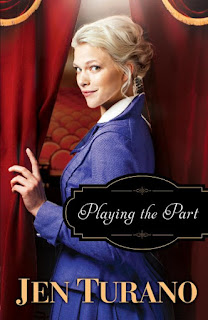 Jen Turano's Playing the Part is an entertaining story where you just never know what will happen next.

Everything -- from the characters to the setting to the plot of the story -- is engaging and often unexpected.   Practically all the characters have secrets or hidden stories that come out in unexpected and very often humorous ways.

I did not notice ahead of time that Playing the Part was book #3 in a series.  It was not until near the very end of the story that I even realized there was a back story to some of the characters.  Reading the earlier stories in the series would be interesting, but this book worked fine as a stand alone.
I would recommend Playing the Part if you're looking for fun, mystery, romance, and the unexpected.

See what other reviewers have to say about the book here.

Can they accept who they are behind the parts they play in time to save the day?

Lucetta Plum is an actress on the rise in New York City, but is forced to abandon her starring role when a fan's interest turns threatening. Lucetta's widowed friend, Abigail Hart, is delighted at the opportunity to meddle in Lucetta's life and promptly whisks her away to her grandson's estate to hide out.

Bram Haverstein may appear to simply be a somewhat eccentric gentleman of means, but a mysterious career and a secret fascination with a certain actress mean there's much more to him than society knows.

Lucetta, who has no interest in Abigail's matchmaking machinations, has the best intentions of remaining cordial but coolly distant to Bram. But when she can't ignore the strange and mysterious things going on in his house, it'll take more than good intentions to keep her from trying to discover who Bram is behind the part he plays. 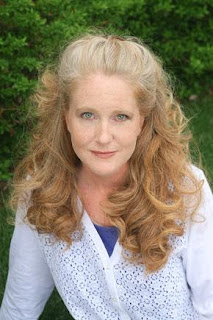 Jen Turano, author of the Ladies of Distinction series and the A Class of Their Own series, is a graduate of the University of Akron. She is a member of ACFW and lives in a suburb of Denver, Colorado.