Be true to yourself -- Gathering the Threads 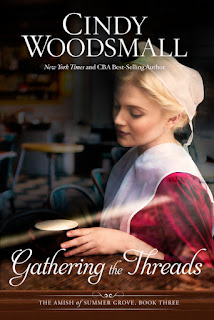 Cindy Woodsmall concludes her Amish of Summer Grove series in great form in Gathering the Threads. This series is based around Amish and English families -- and some who are on the cusp -- dealing with the consequences of a simple, but life-changing, mistake from years earlier.

If I were to give a subtitle to this final installment it would be either "Be True to Yourself" or "Finding Your True Self." Cindy crafts a great story around that theme as Ariana struggles to find her place in the world -- a world that she has now experienced from two very different perspectives. I found myself trying to guess which way she would go and not really sure which to root for; there appeared to be no perfect answer. The best answer was there, though -- she was indeed true to herself.

I highly recommend Gathering the Threads to fans of great Amish fiction. It would really be best to read the first two books in the series for a good understanding of this story.

Thanks to Cindy and her publisher for providing a copy of this book.  I was happy to share my own thoughts for this review.

Finally back in the Old Order Amish world she loves,
Will Ariana’s new perspectives draw her family closer together—
or completely rip them apart?

After months away in the Englisch world, Ariana Brenneman is overjoyed to be in the Old Order Amish home where she was raised. Yet her excitement is mixed with an unexpected apprehension as she reconciles all she’s learned from her biological parents with the uncompromising teachings of her Plain community. Although her childhood friend, ex-Amish Quill Schlabach, hopes to help her navigate her new role amongst her people, Ariana’s Daed doesn’t understand why his sweet daughter is suddenly questioning his authority. What will happen if she sows seeds of unrest and rebellion in the entire family?

Meanwhile, Skylar Nash has finally found her place among the large Brenneman family, but Ariana’s arrival threatens to unravel Skylar’s new identity—and her sobriety. Both Ariana and Skylar must discover the true cords that bind a family and community together and grasp tight the One who holds their authentic identities close to His heart.

Gathering the Threads is the third and final novel in The Amish of Summer Grove series. 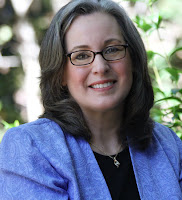 Cindy Woodsmall is a New York Times and CBA bestselling author of numerous works of fiction and one of nonfiction. Her connection with the Amish community has been featured widely in national media. She lives in the foothills of the North Georgia Mountains with her family.
Posted by Southern Gal at 6:33 PM