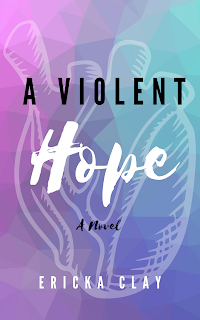 A Violent Hope is very much unlike my usual choice of books. In fact, I can't say that I "liked" the story. It is too full of hurt and despair to be "likable."

But I don't know when, or if, I've ever read anything much more compelling. After I downloaded the book onto my Kindle, I checked out the first few pages to be sure it came through OK. I started reading, and by the time I got to the second or third page, I was drawn in so strongly that I couldn't put it down. I ended up reading the entire book in one afternoon.

The story is full of the raw messiness of life, including time after time when bad choices are made that negatively impact the individuals involved and others close to them. But what kept tugging at me as a reader was the thread of Hope -- at times almost hidden, but still there -- that kept showing up in the lives of the characters.

A Violent Hope is a well-written story that provides an awesome reminder that Christ doesn't give up or stop drawing hearts to Himself, even hearts tangled up in ugliness. While there is nothing I would consider overly graphic or inappropriate in the way the author portrays events in the story, I would recommend this book for mature readers.

Thanks to the author, Ericka Clay, for providing a digital copy of her book. All thoughts in this review are my own.

Mack Reynolds is battling his demons. After years spent attempting to heal wounds from being abused as a child, he confronts the author of his nightmares, his uncle, leading to a catastrophic decision and permanently sealing his fate.

When Natalie, Mack’s wife, convinces herself that she won’t be able to support her family on her own, she moves herself and her daughter to White Smoke, Arkansas where she has a new job lined out and the hope of a new beginning. But after being demoted in a mere six months, meeting a less than reputable “best friend,” and chasing the same addiction that helped fuel her husband’s final breakdown, Natalie ends up spiraling out of control and comes out worse the wear ten years later.

All grown up, her daughter, Wren, struggles with her own addiction and a never ending series of tough situations she blames on her father’s early demise. It’s not until Mack’s mother, Rochelle, can confront her past, her questionable living arrangement with her husband and his mistress, and the bitter hurt that’s metastasized inside of her that Natalie and Wren can receive the guidance they both desperately need. But is it too late?

Told through the lives of the three women touched by Mack’s struggle, A Violent Hope takes a deeper look into the human heart and the God who repeatedly heals all wounds. 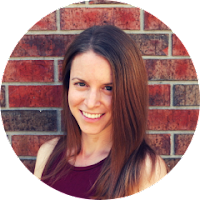 Ericka Clay is a published novelist and the author of Unkept and Dear Hearts. She graduated from the University of Arkansas creative writing program and has published a book of short stories and poetry.

Ericka has been awarded a number of times by Writers Digest for various short fiction pieces, she has written four novels (one of which placed as a quarter-finalist in the 2010 Amazon Breakthrough Novel Award contest) and has had the privilege of sharing her craft, teaching writing classes and holding writers workshops in the South Texas area.

She is releasing her latest novel, A Violent Hope, for publication through her publishing imprint, Believable Books, October 2020.

Ericka lives in Northwest Arkansas with her husband, daughter, two dogs and an insatiable need to push buttons, both figuratively and literally.

Email ThisBlogThis!Share to TwitterShare to FacebookShare to Pinterest
Labels: Contemporary