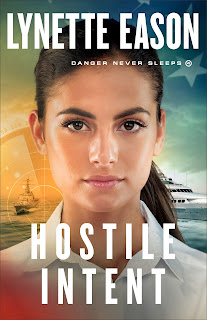 Hostile Intent, in typical Lynette Eason fashion, is fast-paced romantic suspense, full of excitement, danger, questions, twists, and some scary moments! The suspense starts on the first page and continues throughout the whole story. I started the book one afternoon, intending to read a few chapters and then lay it aside for later, but I never found a good spot to stop until I had finished the last page.

The characters are well developed and drive the fast pace of the story. As is often the case in well-written suspense, there were points where I had questions about whether certain characters were the "good" guys or the "bad" guys. If you have read the previous books in this Danger Never Sleeps series, you will recognize some of the characters, but this book can easily be read as a stand-alone.

I highly recommend Hostile Intent to fans of great inspirational suspense. Thanks to Revell Reads for providing a copy of the book. I am happy to share my own thoughts in this review.

Secrets are about to be revealed . . . but will the guilty be brought to justice?Ava Jackson entered the military shortly after high school, but her mother's illness has forced her to request an early discharge. She already lost her father while deployed, and there's no way she's going to let her mother die alone. But after a visit to the nursing facility where her mother lives, Ava is attacked walking back to her car. Fortunately, FBI Special Agent Caden Denning arrives in time to help fight off her attacker.Caden reveals to Ava that she may hold the key to the murders of three families, and he needs her help before anyone else is harmed. The hits show a pattern, and clearly the killer has an agenda. But if Caden and Ava can't discover what it is, Ava may be next on the hit list. 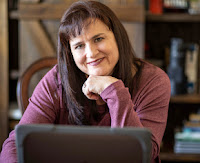 Lynette Eason is the bestselling author of the Danger Never Sleeps, Blue Justice, Women of Justice, Deadly Reunions, Hidden Identity, and Elite Guardians series. She is the winner of three ACFW Carol Awards, the Selah Award, and the Inspirational Reader's Choice Award, among others. She is a graduate of the University of South Carolina and has a master's degree in education from Converse College. Eason lives in South Carolina with her husband and two children. Learn more at www.lynetteeason.com.
Posted by Southern Gal at 4:20 PM