A Lasting Impression -- and a great one at that!

I'm not sure what I did . . . but somehow I completely erased a post from last November.  I managed to copy it from the regular view before it completely disappeared, so here it is again.

A Lasting Impression is a great book, and I certainly want to keep this available for anyone who is interested. 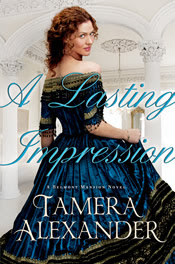 A fake. A forger. More than anything, Claire Laurent longs for the chance to live an authentic life, to become the woman she wants to be. And she'll be given that choice. But will it come at too costly a price?

Claire Laurent's greatest aspiration is to paint something that will bring her acclaim. Yet her father insists she work as a copyist. A forger. When she's forced to flee from New Orleans to Nashville only a year after the War Between the States has ended, her path collides with attorney Sutton Monroe. She considers him a godsend for not turning her in to the authorities. But after he later refuses to come to her aid, Claire fears she's sorely misjudged the man. Finding herself among the elite of Nashville's society, Claire believes her dream to create a lasting impression in the world of art is within reach--but only if her fraudulent past remains hidden.

The Federal Army has destroyed Sutton's home and confiscated his land, and threatens to destroy his family's honor. His determination to reclaim what belongs to him and to right a grievous wrong reveals a truth that may cost him more than he ever imagined--as well as the woman he loves.Set at Nashville's historic Belmont Mansion, a stunning antebellum manor built by Mrs. Adelicia Acklen, A Lasting Impression is a sweeping love story about a nation mending after war, the redemption of those wounded, and the courage of a man and woman to see themselves--and each other--for who they really are.

I'm not sure what caused me to choose this book tour to participate in; I had never heard of the book . . . I had never even heard of Tamera Alexander. But something about it caught my attention (maybe it was the beautiful front cover); it was different from any other books I had read in a while, so I thought, "Why not give it a try?" And am I ever glad I did! This book made a lasting impression on me -- and a great one at that!

The characters are rich and so alive. I felt like Claire became a good friend right away, and I so wanted to see things turn out well for her. Who couldn't admire Sutton's qualities of integrity, loyalty, and even remorse for choices he had made. And Adelicia -- what a lady of strength, determination, and concern for those close to her (even if you had to dig a little to get to that level). Tamera's presentation of Belmont Mansion and the surrounding area made me feel like I was right there with the characters at one of Adelicia Acklen's grand social events. The mixture of fiction with the real characters and places made for a moving, sweeping story.


If this is a good indication of what Tamera Alexander's books are like, I certainly hope to read more from her. 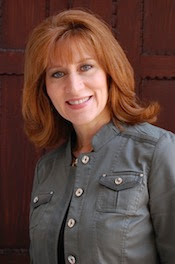 Tamera Alexander is a best-selling novelist whose deeply drawn characters, thought-provoking plots, and poignant prose resonate with readers. Having lived in Colorado for seventeen years, she and her husband now make their home in Nashville Tennessee, along with their two adult children who live near by. And don't forget Jack, their precious--and precocious--silky terrier.

This book was provided to me free from the Litfuse Publicity Group for my honest review.
Posted by Southern Gal at 9:31 AM