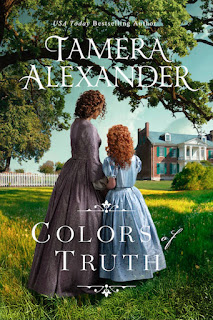 Colors of Truth is another brilliant work of historical fiction from Tamera Alexander. As she did in her Belle Meade and Belmont series, she continues in the Carnton series to take real people, authentic locations, and actual events from near-Civil-war times, add fictional characters and events, and weave gripping stories.

A pivotal point in the history of our country -- both the good and the ugly -- and the wonderful truths of God shine through in this beautifully crafted story. The real and fictional characters come alive and jump off the page as they invite us into their lives. I don't believe you can read this book and not feel deeply for the individuals depicted.

I highly recommend Colors of Truth to fans of great historical fiction. Besides being inspired by a great story, you just might learn some fascinating fine points of history as well. I am anxiously waiting to visit Carnton again in the next Tamera Alexander masterpiece.

In a town battered and bruised by war, one woman embarks upon an impossible search—and one man must face the past in the very place that almost destroyed him.
Tennessee, 1866. According to the last letter Irish immigrant Catriona O'Toole received from her twin brother, Ryan, he was being dispatched to Franklin Tennessee, where—as a conscripted Confederate soldier—he likely endured the bloody Battle of Franklin that claimed the lives of thousands. Catriona leaves behind the lush green of their Irish homeland in search of him, with nothing to her name except the sum of cash Ryan sent to the family. Now the sole provider for her seven-year-old spitfire sister, Nora, Catriona hopes to reunite the siblings—the only surviving members of their devastated family.
Wade Cunningham is a former Federal soldier who now works for the newly formed United States Secret Service and is trying to uncover counterfeiting rings in the postwar South. In order to infiltrate their sophisticated enterprise, he must pose as a former Confederate in Franklin—a town where counterfeit greenbacks run rampant. When Wade meets Catriona, he is immediately intrigued by her and the little redheaded scamp in her care—but what he doesn't anticipate is that the cash in Catriona's possession is some of the most convincing counterfeit money he's ever seen. Soon the object of Wade's affection is also the suspect in a major crime—one he's expected to prosecute.
With rich historical detail and multifaceted prose, USA TODAY bestselling author Tamera Alexander tells a riveting tale of truth, betrayal, and unlikely romance that unveils the many shades of God's perfect redemption.
About the Author 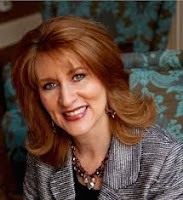 Tamera Alexander is the USA Today bestselling author of numerous books, including Colors of Truth, With This Pledge, A Lasting Impression, A Note Yet Unsung, To Whisper Her Name, and more.

Her richly drawn characters and thought-provoking plots have earned her devoted readers worldwide, as well as multiple industry awards.

These awards include the Christy Award for Excellence in Christian fiction, the RITA Award for Best Inspirational Romance, the Gayle Wilson Award of Excellence, Bookseller’s Best Award, and being listed among Publishers Weekly and Library Journal’s Top Inspirational Fiction, among others.

Tamera was recently inducted into the Christy Award Hall of Fame for excellence in Christian Fiction, an honor bestowed to an author following four Christy Award wins. Her books have been translated into numerous languages. She's toured Germany and The Netherlands meeting readers and cherishes those connections.