Thrilling Conclusion -- If I Live 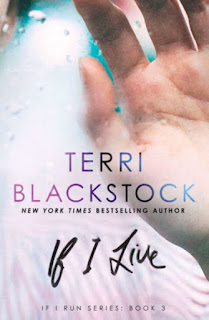 If you want high-level, page-turning, heart-stopping suspense, you just can't beat Terri Blackstock. And her If I Run series is some of her best story-telling yet!

If I Live is the thrilling conclusion to this three-part series. The first pages of the first book started the breath-taking adventure of Casey Cox, who was wrongly accused of murder. From there to the end of the third book, the twists and turns mount exponentially as Casey tries to find a way to prove her innocence and bring the real criminals to justice. Along the way, she risks her own safety out of concern for other people -- some she knows well and some she meets along the way. Her biggest obstacle as she runs is not knowing who she can trust . . . and that is one of the exciting parts for the reader -- never being sure who are the bad guys and what extremes they will go to in their evil schemes.

Casey also finds herself on a quest to find God, although understanding and believing His love and purpose for her is one of her greatest challenges. No spoilers . . . but the outcome of Casey's journey is fantastic. Just don't expect to be able to put the book down easily, if at all!

I highly recommend this entire series. The books definitely need to be read in order, so if you haven't started yet, get your hands on copies of If I Run and If I'm Found and then finish up with If I Live. I'm sure you'll be glad you did!

Casey Cox is still on the run after being indicted for murder. The hunt that began with her bloody footprints escalates, and she’s running out of places to hide. Her face is all over the news, and her disguises are no longer enough. It’s only a matter of time before someone recognizes her.

Dylan Roberts, the investigator who once hunted her, is now her only hope. Terrifying attempts on Dylan’s life could force Casey out of hiding. The clock is ticking on both their lives, but exposing the real killers is more complicated than they knew. Amassing the evidence to convict their enemies draws Dylan and Casey together, but their relationship has consequences. Will one life have to be sacrificed to protect the other?

With If I Live, Terri Blackstock takes us on one more heart-stopping chase in the sensational conclusion to the If I Run series. 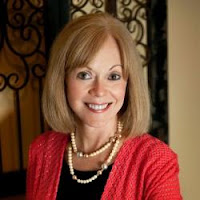 Terri Blackstock has sold over seven million books worldwide and is a New York Times bestselling author. She is the award-winning author of  Intervention, Vicious Cycle, and Downfall, as well as such series as Cape Refuge, Newpointe 911, the SunCoast Chronicles, and the Restoration Series.

Find out more about Terri at http://www.terriblackstock.com
Posted by Southern Gal at 5:40 PM