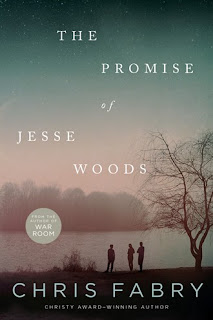 The Promise of Jesse Woods, a moving story by Chris Fabry, is only the second I have read by him, and it was an awesome confirmation of what a great writer he is.

The story spans the years between 1972 and 1984, with elements from both ends of that time period alternately filling in important details. The characters -- so well developed -- drive the story at a perfect pace for you to feel the deep emotions as they play out toward the finish, a finish that you can't be sure of until you're there.

Make sure you have plenty of time to read when you start this one; you won't want to put it down!

Thanks to Tyndale Publishers for providing a copy of this book in exchange for my honest review.

The summer of 1972 was the most pivotal of Matt Plumley’s childhood. While his beloved Pirates battle for back-to-back World Series titles, Matt’s family moves from Pittsburgh to Dogwood, West Virginia, where his father steps into the pulpit of a church under the thumb of town leader Basil Blackwood. A fish out of water, Matt is relieved to forge a fast bond with two unlikely friends: Dickie Darrel Lee Hancock, a mixed-race boy, and Jesse Woods, a tough-as-nails girl with a sister on her hip and no dad in sight.

As the trio traipses the hills and hollers, Matt begins to fall for Jesse, and their promises to each other draw him deeper into her terrifying reality. One night, the wrath of the Blackwoods and the secrets of Jesse’s family collide, and Matt joins Jesse in a rescue that saves one life and ends another . . . and severs the bond of their friendship.

Years later, Matt is pulled back to Dogwood and to memories of that momentous summer by news of Jesse’s upcoming wedding. He could never shake the feeling that there was more to the story of that fateful night, and he’s determined to learn the truth behind the only promise Jesse Woods ever broke. 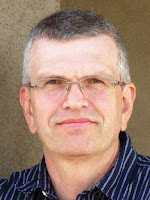 Chris Fabry is an award-winning author and radio personality who hosts the daily program Chris Fabry Live! on Moody Radio. He is also heard on Love Worth Finding, Building Relationships with Dr. Gary Chapman, and other radio programs. A 1982 graduate of the W. Page Pitt School of Journalism at Marshall University and a native of West Virginia, Chris and his wife, Andrea, now live in Arizona and are the parents of nine children.

Chris's novels, which include Dogwood, June Bug, Almost Heaven, and Every Waking Moment, have won three Christy Awards and an ECPA Christian Book Award, but it's his lyrical prose and tales of redemption that keep readers returning for more. He has also published more than 65 other books, including movie novelizations, like the recent bestseller War Room; nonfiction; and novels for children and young adults. He coauthored the Left Behind: The Kids series with Jerry B. Jenkins and Tim LaHaye, as well as the Red Rock Mysteries and the Wormling series with Jerry B. Jenkins. RPM is his latest series for kids and explores the exciting world of NASCAR. Visit his Web site at www.chrisfabry.com.